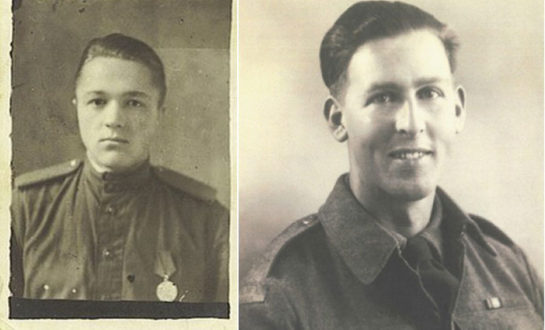 On this day, 101 years ago at 11 am, the First World War ended. We are given this day to remember those who served and sacrificed in defence of our freedom.

For some Sepro employees, this day hits even closer to home as their fathers and grandfathers served their countries during World War II. We asked if they would share their stories in hopes that people would give a moment to reflect on their own personal freedoms made possible by those who serve.

Thank you for taking a moment to read what they’ve shared with us.

Today we are remembering the late father of Sepro employee Sergei Gaisenok.

At the age of 17, Sergei’s father, Anatoliy Gaisenok, joined the Belarusian partisans who were resistance fighters that battled the Nazi invasion and occupation during World War II. Anatoliy fought in the forests of Belarus with other partisans.

At the age of 18, Anatoliy joined the regular army and was a private soldier from 1944-1945 during the liberation of Poland and Germany from fascism. During the battles, he was seriously injured. For military merits, Anatoliy received a USSR Medal of Valor and was later given the Order of the Patriotic War.

After the war, he worked for more than 40 years at Minsk Tractor Plant in Belarus and alongside his wife raised his family of four children, including Sergei.

Mr. Mitchell was born in 1920 and received many medals for his service in the Canadian Forces during World War II, including the Canada Voluntary Service Defence Medal, 1939 Italian Star Medal, France Star Medal, and Germany Star Medals.

Mr. Mitchell served from 1942 to 1946 and raised a large and loving family in Maple Ridge, British Columbia. Mr. Mitchell recently passed away after his 99th birthday and is deeply loved and missed by his whole family.

Thank you very much to Sergei and Chuck for sharing the stories and photos of beloved family members.