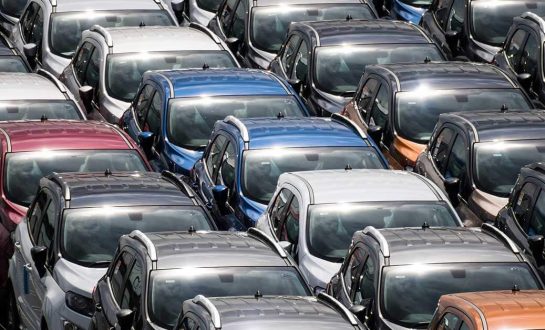 Electric vehicle (EV) sales are expected to increase from a recorded 1.1 million sales in 2017 to 11 million in 2025. By 2040, 55% of all vehicle sales are expected to be electric. The parts that make EVs are quite different than the internal combustion engines (ICE) we’ve been driving for years, creating a demand shift for certain metals. In turn, prices for these specialized metals, harvested by advanced mineral processing technology, have begun to fluctuate.

A few metals being primarily affected by this trend are cobalt, aluminum and platinum group metals (PGMs).

Cobalt is one of the key ingredients in making powerful rechargeable batteries. Cobalt’s price is being driven by the production of the batteries that power EVs. Over the next several years, the demand for cobalt is expected to increase exponentially, causing concern about securing the resource for some automakers and is also inspiring others to research alternative ways to build powerful batteries. Some automotive companies are even considering investing directly into cobalt mines to guarantee future supply.

Typical EV car batteries are made from a nickel-manganese-cobalt or nickel-cobalt-aluminum blend. To reduce the dependence on cobalt mines, a Japanese firm has been researching ways to use powerful magnets powered by more abundant metals like lanthanum and cerium. This will not only eliminate the potential strain on cobalt mines but will also enable EVs to be more affordable.

Adding to the technical difficulties of obtaining cobalt, the majority of the metal comes from the Congo, believed to be a politically unstable region.

Recently, mineral processing operations in Cobalt, Ontario (a small town originally built for silver mining, not cobalt) have restarted after more than 30 years of inactivity. Cobalt demand through the late 1900s wasn’t nearly as high as it is now and any site that has cobalt outside of the Congo is becoming attractive to car manufacturers. Lower grade mining operations will need to squeeze out as much cobalt as possible to remain profitable making mineral processing vitally important. The Sepro Falcon C Gravity Concentrator is a continuous running machine that can recover heavy cobalt minerals down to 10 microns in size and uses no fluidizing water.

The auto industry is responsible for the highest growth among aluminum applications in the past few years. The rise of EVs has increased the amount of aluminum used in vehicles as it helps address a major consumer concern: driving range. Aluminum is much lighter than steel, and the substitution is a quick way to extend driving range while maintaining vehicle safety standards.

A Volkswagen e-Golf contains just under 130kg of aluminum, the Nissan Leaf uses 171kg, and the luxurious Tesla Model S has a whopping 661kg of the metal. Manufacturing these vehicles is expected to create a deficit in aluminum as the production of the metal cannot keep up with global demand led by the auto industry. And as our ECON 101 professors taught us, the laws of supply and demand will soon take effect, causing the price of aluminum to increase.

Palladium and platinum are both members of the platinum group of metals giving them similar characteristics like a high melting point while being relatively inert. These properties have made the metals appealing to the auto industry as components in catalytic converters. Essentially, these two elements reduce the pollution emitted from gasoline or diesel-fueled vehicles.

Historically, platinum has been the element of choice in catalytic converters. However, in the last decade, auto manufacturers have been able to achieve similar results at a cheaper cost by utilizing palladium instead of platinum. This switch has sparked a meteoric rise in the cost of palladium as the price has gone up 124% since the beginning of 2016 and gained 18.6% in 2018 alone. By comparison, the prices of other precious metals like gold, platinum and silver all declined last year.

The auto industry accounts for 75% of the palladium demand due to the manufacturing of catalytic converters. The remaining 25% is split between the electronic, dental, chemical, and jewellery industries. If the price of palladium continues its rise, automakers may need to switch back to platinum as their PGM of choice.

Many countries in Europe and Asia have plans to discontinue internal combustion engine production and promote hybrid or electric vehicles. This may pose a risk to the palladium sector as EVs do not require catalytic converters. However, hybrid cars still have engines that run on gasoline that need catalytic converters for pollution control. Increased hybrid sales may continue to drive the demand of palladium as we enter 2020.

Analysts have speculated that the price of palladium will remain strong at least until 2021, but as the auto industry shifts toward sustainability, we may see long term price fluctuations in our PGMs. Mineral processing will play a part in the prices of many metals that build our vehicles whether electric or gas. Our Falcon Gravity Concentrators can recover PGMs down to 20 microns and cobalt down to a tiny 10 microns. To get the maximum recovery rates of PGM’s and other metals, contact a mineral processing specialist.