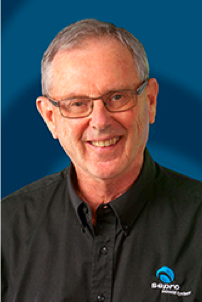 Steve McAlister obtained an Honours degree in Civil Engineering in 1971 from Queen’s University and worked throughout Eastern Canada on heavy construction projects until moving to Abbotsford, BC in 1978. He is a member of the Association of Professional Engineers and Geoscientists of British Columbia. Exposure to placer mining while working on heavy construction projects in the Yukon led to a hobby of developing centrifugal concentration technology through the early 1980’s. In 1986, he founded Falcon Concentrators Inc. Under his guidance, Falcon developed and commercialized three centrifuge-based technologies that have expanded the range of application of gravity concentration to include ultra fine particles. Steve was also instrumental in recruiting an outstanding team of managers and engineers that have enabled Falcon to grow and prosper. Falcon became Sepro Mineral Systems Corp in 2008 after acquiring Sepro Mineral Processing International in the UK. Steve continues to serve on Sepro’s Board of Directors. Steve enjoys his grandchildren, golf and fishing as well as puttering with new inventions.